I just saw that Flower Beauty is having a site-wide 20% off sale. If you were ever curious about some of their products, now is a great time to try them out!

Hurry though, the sale ends at midnight!

I picked up some holiday sets and new releases. I already have some favorites.

So, I know the Sephora VIB Sale was this past weekend (and next weekend too!), but I ended up not getting anything because I had JUST picked up a bunch of items not too long ago from both Sephora and Ulta. Most of them are holiday sets, a few are just new collections/sets.

Honestly, the biggest thing I learned from my shopping excursion is that Ulta is THE best for picking up holiday sets. Everything I picked up ended up being from Ulta with the exception of the Becca highlighter set (see below). They have tons of items in all price ranges, and the sets are just more diverse and interesting. 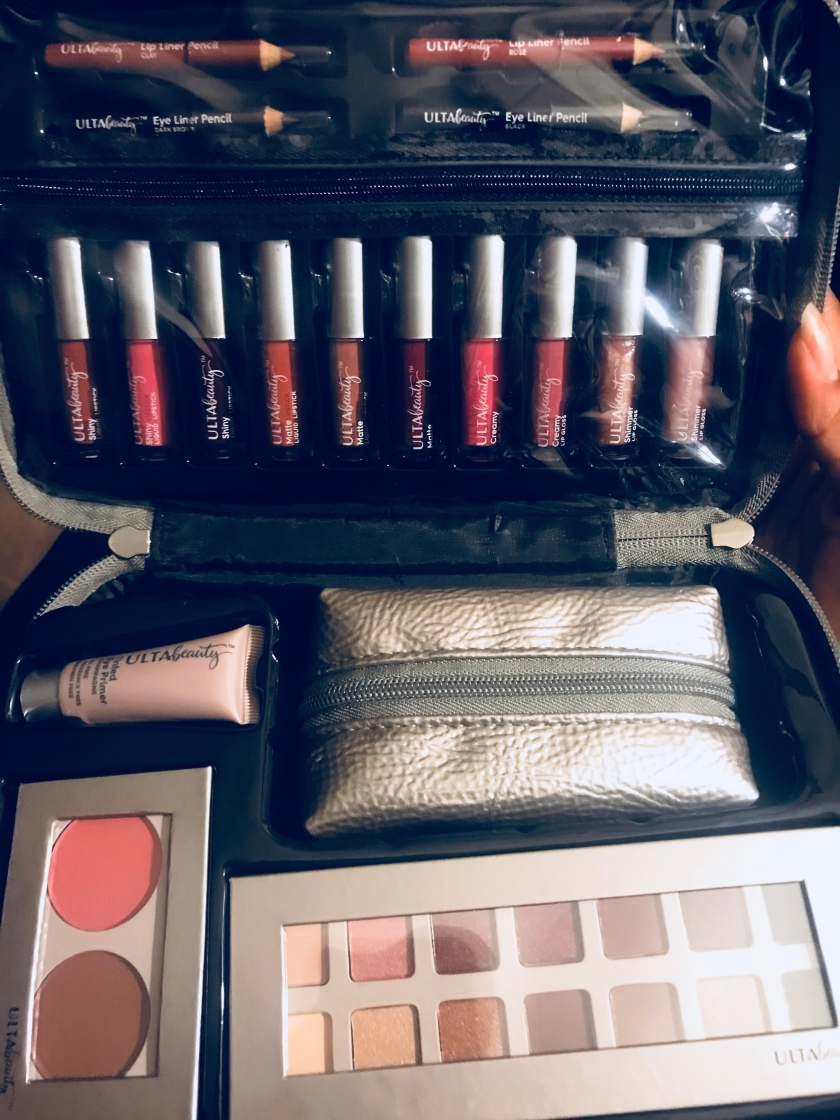 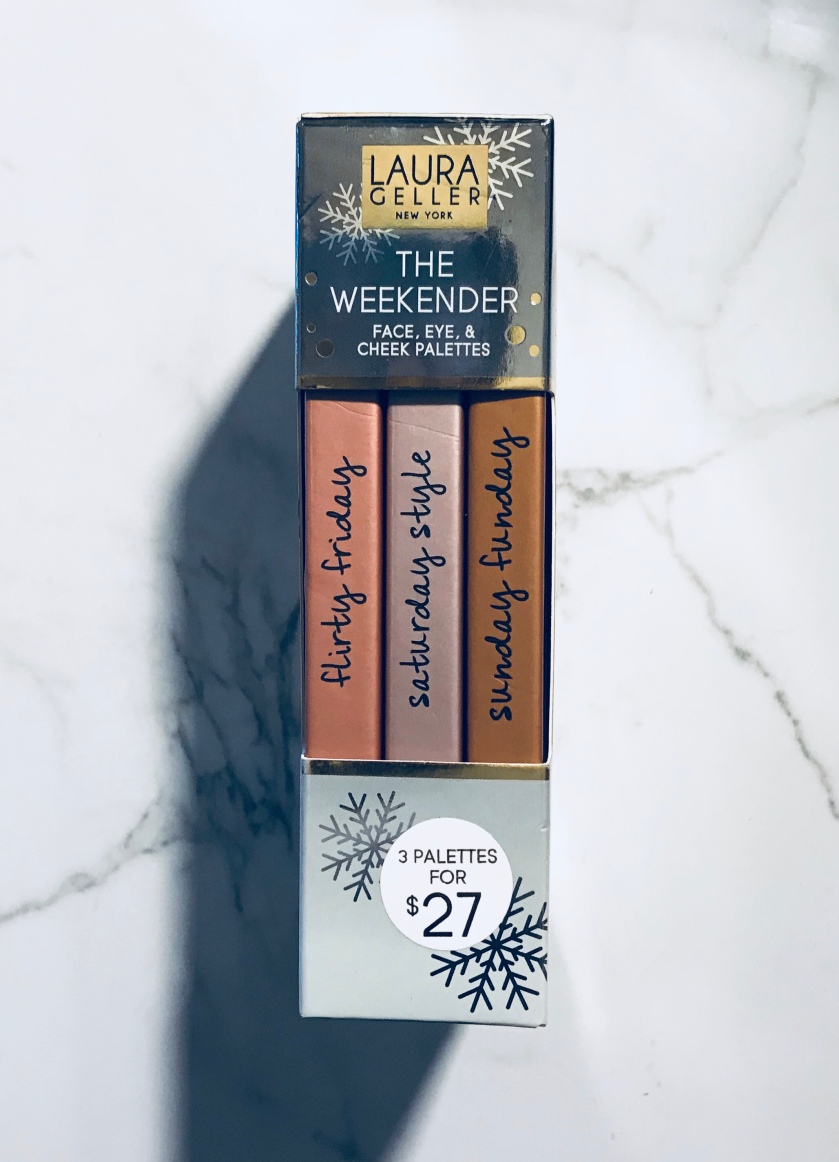 In terms of favorites, I think the Laura Geller and Becca sets are my highest recommendations based on initial impressions. I think most people could really love and get use out of both sets, and the quality seems to really be there. Also, they are both super cute.

I will post reviews for each set/collection once I can test them all out more thoroughly.

There are definitely a few more holiday items that I want to pick up. Do you guys have anything on your wishlist? Have you already tried any of this year’s holiday releases? Let’s chat.

So, I saw on TrendMood1’s IG this morning that Nabla Cosmetics is releasing a new palette and omg it is beautiful.

I have heard good things about Nabla Cosmetics from one or two YouTubers that try indie makeup, but I have never tried them myself. I rarely order makeup directly from a brand, and have never ordered from any indie brands because of the horror stories I’ve heard about it (none tied to Nabla). Also, indie makeup can be a bit more pricey than you are expecting because they make much smaller quantities of products than large brands (the bigger the quantity, the smaller the cost per item).

All of that being said, I think I’m going to wait to hear some reviews on this palette. Their first palette was a big hit, but then the last one got mixed reviews saying it wasn’t bad, but not as good as the first.

What do you guys think about the palette? Have you tried any indie brands that you absolutely love? Let’s chat!

Bright and early this morning, I saw that ColourPop has released a new collection in collaboration with Karrueche- the Brown Sugar Collection.

Despite having a bunch of neutral shadows in my collection, I still may pick this palette up. I really love the ColourPop shadow formula, and I have a weird obsession about having “the perfect everyday palette.”

Looking at the lipsticks, I have yet to try the ColourPop Luxe lipstick formula, but I think the colors in this collection are beautiful for fall and I may pick one or two up.

Are you guys interested in anything in this collection? Have you ordered anything? Let’s chat!

So, I saw on @beautynewsofficial that Makeup Geek has teamed up with Marste Fashion to release nine 9-Pan eyeshadow palettes of existing shadow colors to match the color story of some of Marste’s clothing.

I do think this is a super unique concept. I can’t recall any other makeup brand that has done that kind of collection before.

I do think some of the palettes are really pretty. I especially love the cool-toned ones for fall, but I’ve never tried any Makeup Geek shadows, and at $35 per palette, I think I would pass until I can at least swatch the MG shadow formula.

Would you guys grab any of these? Let’s chat.

So Sephora is having ANOTHER sale that still isn’t the main holiday sale.

This time is it for Rouge members only (they can bring a friend in-store to receive the sale discount) and will be two weekends in a row. This Friday-Sunday, and the same days next week as well.

You must spend at least $1000USD per year to become a Rouge member. That means that you can still spend a significant amount every year at Sephora ($999!) and not be able to participate in this sale.

I think Sephora must feel some of the disappointment from the lackluster “improvement” of their rewards system from earlier this fall (summer?? 🤷🏾‍♀️). I know I’ve decided to start spending less there and more at Ulta because I know I can use my points for cash at Ulta–unlike Sephora where I have to stalk the Rewards section for the elusive $100 gift card (they they don’t even offer regularly).

Still, since I am a Rouge I’m considering picking up a few skin- and hair care products that I kinda need anyway, and can’t get at Ulta (Briogeo and Farmacy products). I may as well take advantage of the discount. I may also get a facial while I’m at it.

Will you guys be picking anything up? If you’re not a Rouge member, what are your thoughts on the sale? Let’s chat.

Cold-weather tends to keep us indoors so wearable fitness trackers are great ways to make sure you are staying active until the warm weather returns. Two of the biggest brands in wearable tech, specifically fitness trackers, are Apple and Fitbit. I’ve personally owned both, so I’m here to give you my opinion on which one I prefer.

It’s funny to me because I had my Fitbit first, lost it, and bought the Apple Watch. Once I had the Watch, I thought it was the greatest thing since sliced bread and vowed to never live without it again. Interestingly, it eventually broke, and the day it stopped working I found my Fitbit again.🙈.

Since having my Fitbit, though, I feel a lot less stressed. As I mentioned, the Apple Watch forces you to be more connected, which means I was constantly getting notifications with no way to escape. I do miss the Activity Rings, but that’s mostly it. The Fitbit tracks key metrics, and I can now track my sleep since I don’t have to charge my Apple Watch overnight. Tracking my sleep has also helped me because I make more of an effort to get more than 4 hours of sleep per day, making me more productive (and less anxious) during the hours that I am awake.

Of course, everything is about personal preference, but I don’t know if I’ll ever buy an Apple Watch again. I strongly considered it, but I think my Fitbit Alta has re-captured my heart.

Do you guys have any wearable tech that you love? Let’s chat!